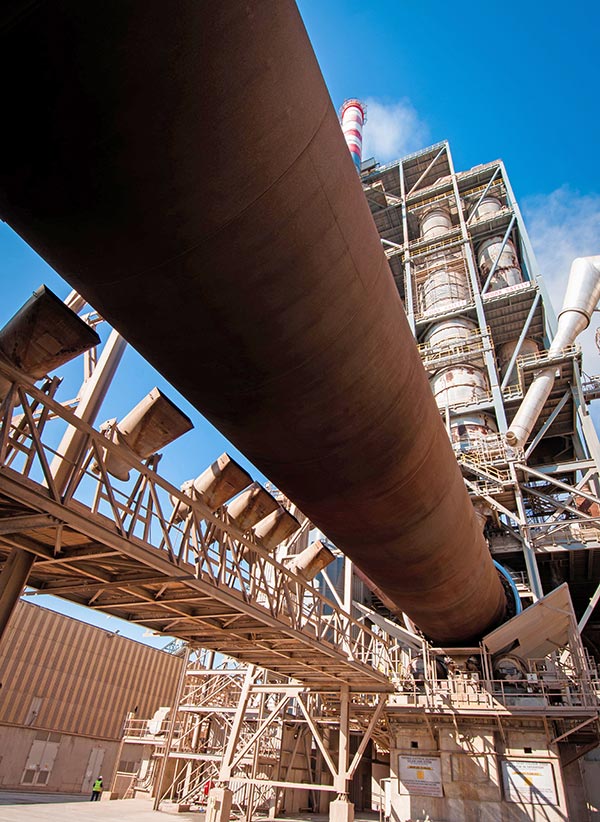 The initial decision taken in the late sixties to build a new factory some two miles south-west of Drogheda, where cement had been manufactured since 1938, culminated in the completion of a 400,000 tonnes capacity single kiln unit in 1972.

Subsequently output was increased to 1.4 million tonnes annually by installing a second much larger kiln which was completed in 1977. This allowed the original 40 year old works in Drogheda – which by this time had become costly to operate – to be gradually phased out.

The local availability of large deposits of the limestone and shale which the process demands, easy access to rail transport and the proximity of the site to the major Dublin market make Platin ideal for cement manufacture.

The very significant improvements in production methods and control and environmental impact which had evolved abroad during the previous decades were first introduced to this country in the development of Platin Works. In particular the use of the modern dry process at Platin provided the highest level of fuel efficiency, automation and process control.

In late 2008 ‘Kiln 3’ in Platin was commissioned. This €200 million investment is one of the most modern and energy efficient plants in the world and increases Platin’s annual capacity to 2.8 million tonnes. This new production line uses approximately 30% less energy than the older Kiln 1 line which it replaces. As part of the investment, a new vertical roller mill has been installed which will allow Platin maximise the addition of unburnt limestone in the production of CEM II cements, directly reducing the plant’s CO2 emissions.

Today, in addition to supplying the market in the northern and eastern parts of the country, Platin also serves export markets when opportunities arise.

« Return to About Us