Visit of An Taoiseach to Irish Cement, Platin Works, Drogheda 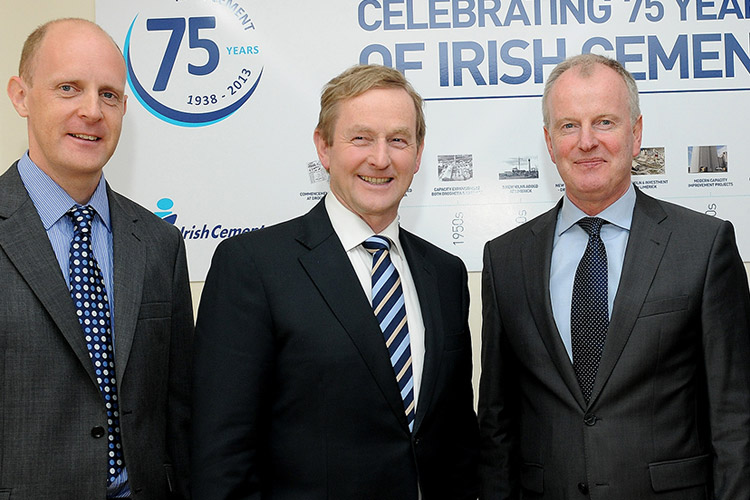 Taoiseach, Enda Kenny  visited Irish Cement Platin Works on 4th July to mark the 75th anniversary of the commencement of cement production at Drogheda and Limerick.

The Taoiseach was taken on a tour of Platin Works which included visiting the model room, the Kiln 3 production line (including a trip to the top of the 123m high pre-heater tower), and the plant’s control room. During the tour he heard about the company’s impressive 75 year history of cement production as well as key achievements in the area of alternative fuels and the production of lower carbon CEM II limestone cements.

Following the plant tour, the Taoiseach visited Irish Cement’s head office where he met with staff and was presented with a specially commissioned book celebrating the 75-year history of Irish Cement. In an address to employees the Taoiseach paid tribute to Irish Cement and its role in the local community.